Just in time for Passover, engineers from GE Appliances (GEA), along with guidance from external partners, have come together to release ovens and refrigerators that are 100% Kosher-certified when used in conjunction with a Shabbos Keeper. The Shabbos Keeper, designed by partner ZMAN Technologies, is a device that connects to select GE refrigerator and oven models, and overrides the usual everyday electrical operation of an appliance, making it compliant with the rules of Jewish law during Shabbos and Yom Tov.

“We not only brought several teams together internally for this project, but we also worked closely with ZMAN Technologies and the world’s largest Kosher certification agencies to deliver a Shabbos Kosher-compliant solution and a separate Yom Tov solution for ovens,” said Paul Surowiec, vice president of cooking at GE Appliances. “Thanks to this new technology, we can help even the most observant Orthodox Jews observe their religious beliefs and practices in the kitchen year-round.” 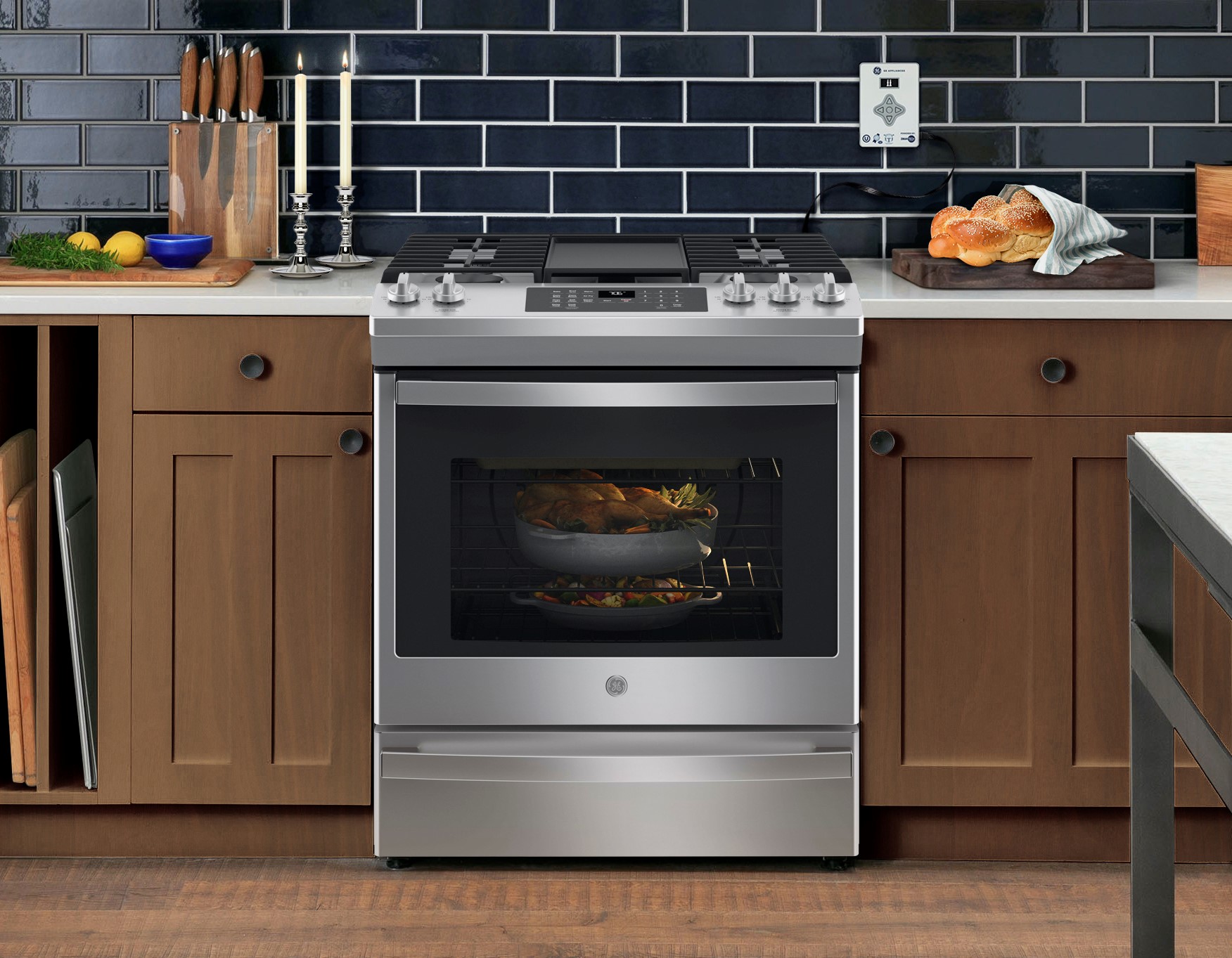 Leading the competition, GEA engineers have created the first 100% Shabbos Kosher solution for ovens offering more peace of mind and flexibility for owners.

“We used a semi-open loop control to maintain a steady temperature of 350 degrees in bake mode while allowing the owner to open the oven door at any time,” said Amelia Hensley, director of cooking systems at GE Appliances. “The open loop control alternates the heaters within the oven, so as one heater turns off the other would turn on, and the cycle would then repeat.”

For refrigerator models, the Shabbos Keeper enables features like dimming the interior LED light, fan control and 72-hour battery back-up while ensuring the deactivation of the touch screens and water dispenser. All electronics in the refrigerators, including the compressor, are completely computer-controlled.

The new release also makes it easier on owners to stay compliant as the Shabbos Keeper is preprogrammed through 2050. Once set, it will automatically enter Enhanced Shabbos Mode 90 minutes before sunset Friday evening (to account for early Shabbos) and then revert to weekday mode 90 minutes after sunset on Saturday night.

Learn more about this new innovation at geappliances.com/shabbos.