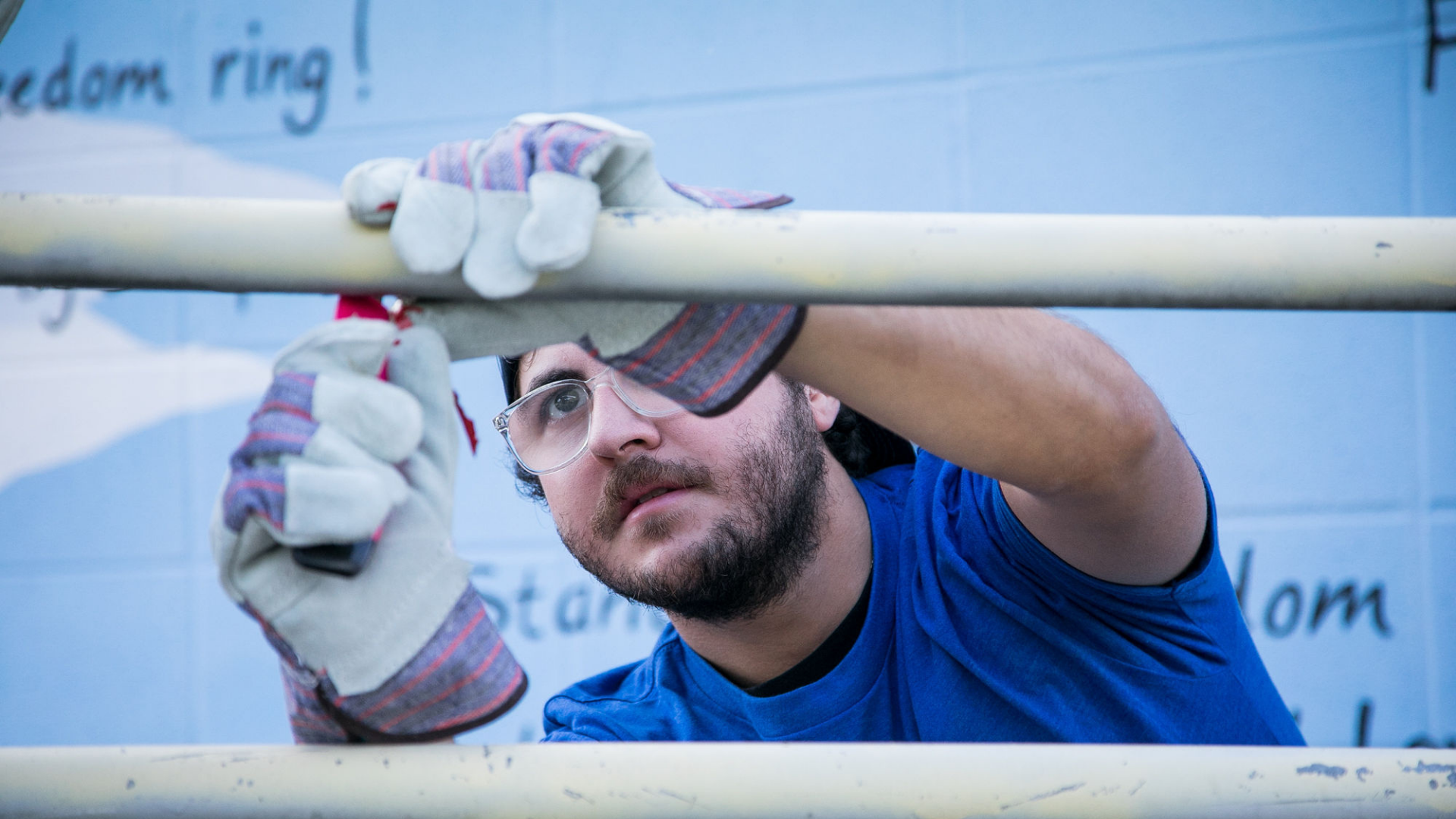 Called “The Blue Wave” initiative, GE Appliances will make significant investments throughout the next calendar year that help strengthen the community and advance equity and inclusion. 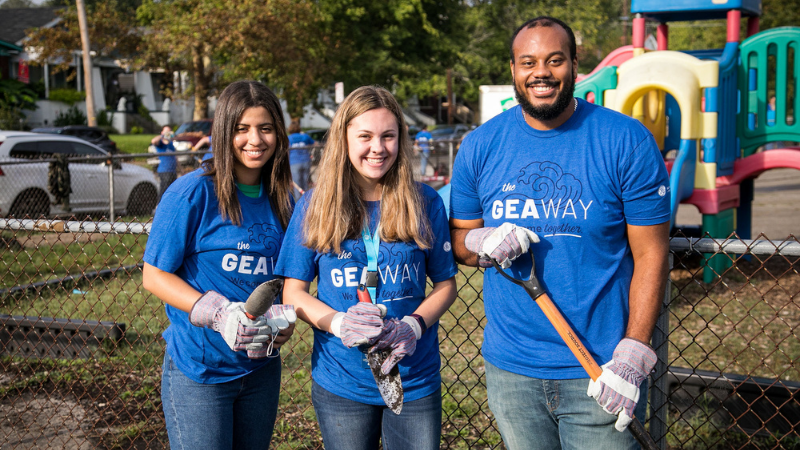 GE Appliances launched The Blue Wave as a way to support the Louisville community during a time when the city is working to tackle the COVID-19 pandemic and address racial equity.

“We invent, design and build the world’s best appliances here in Louisville, and we believe in building stronger communities,” said Kevin Nolan, president & CEO of GE Appliances. “It’s who we are as a company and it’s what we call the GEA Way. We come together to make good things, for life, to create possibilities and to always find a better way. These are the commitments we make within the walls of GEA and to the communities we serve. The Blue Wave is our commitment to helping ensure Louisville emerges from its most recent challenges as a stronger, more equitable and more resilient community.” 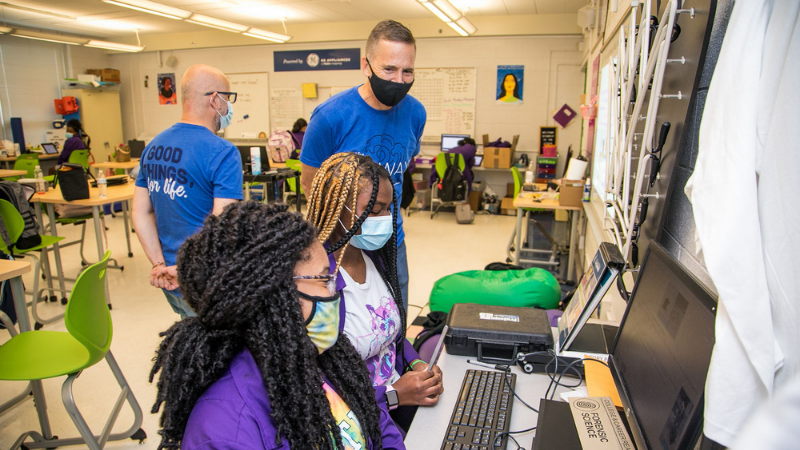 More than 400 GE Appliances’ employees came together this morning to kick off The Blue Wave by completing volunteer service projects across the city. Today’s projects included:

After finishing the service projects, GE Appliances’ employees took part in the city’s annual Pride Parade in downtown Louisville in support of the LGBTQ community and the company’s own commitment to equity and inclusion.

Additional service projects are scheduled for later this month—including partnering with Green Heart Louisville to plant more than 800 trees as part of a program studying air quality in south Louisville neighborhoods, hosting a food drive with Dare to Care supporting new immigrant families locating to Louisville, and assembling laundry kits for more than 16 nonprofits serving families without sufficient housing. 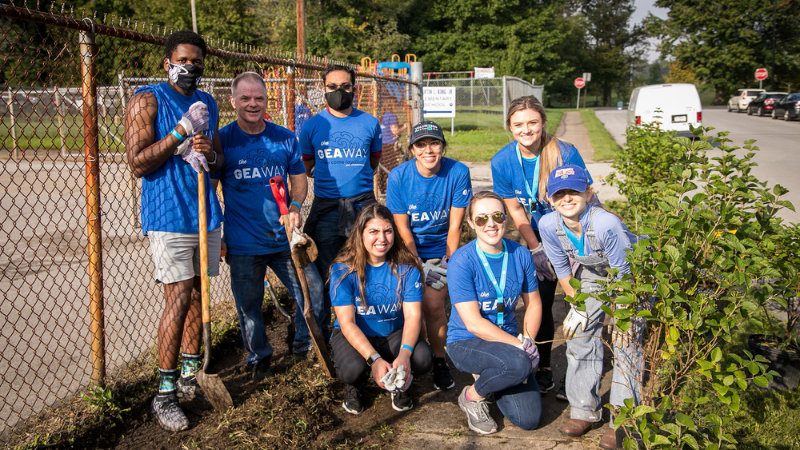 “GE Appliances is growing and creating jobs here in Louisville, and it’s really stepping up to take a leadership role in how corporations can partner with us to build a city where there is opportunity for every resident,” said Louisville Mayor Greg Fischer. “GE Appliances is setting the bar, and I hope we can count on others to follow their lead.”

As part of The Blue Wave yearlong commitment to Louisville, GE Appliances will invest in more than two dozen local agencies, programs and schools across the city in a variety of ways. These include: 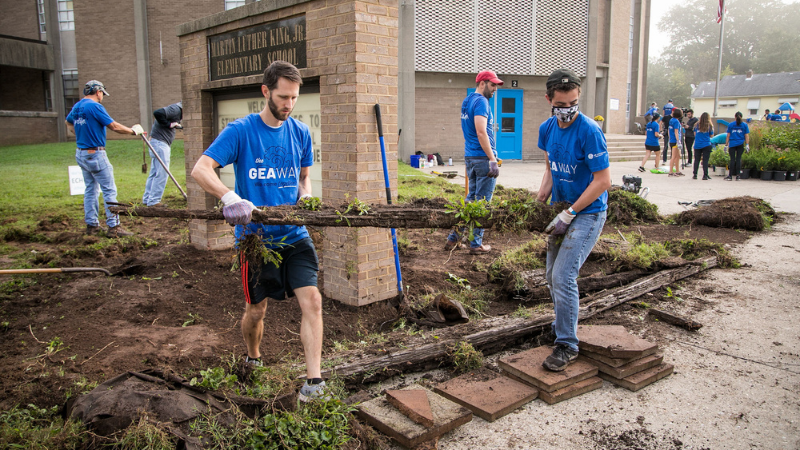 GE Appliances is also building a more inclusive and diverse company that reflects the communities in which it operates.

The company has pledged to double its diverse supplier spend in the next year and has committed itself to achieving a company-wide goal of 40 percent women and 40 percent color representation by 2025.