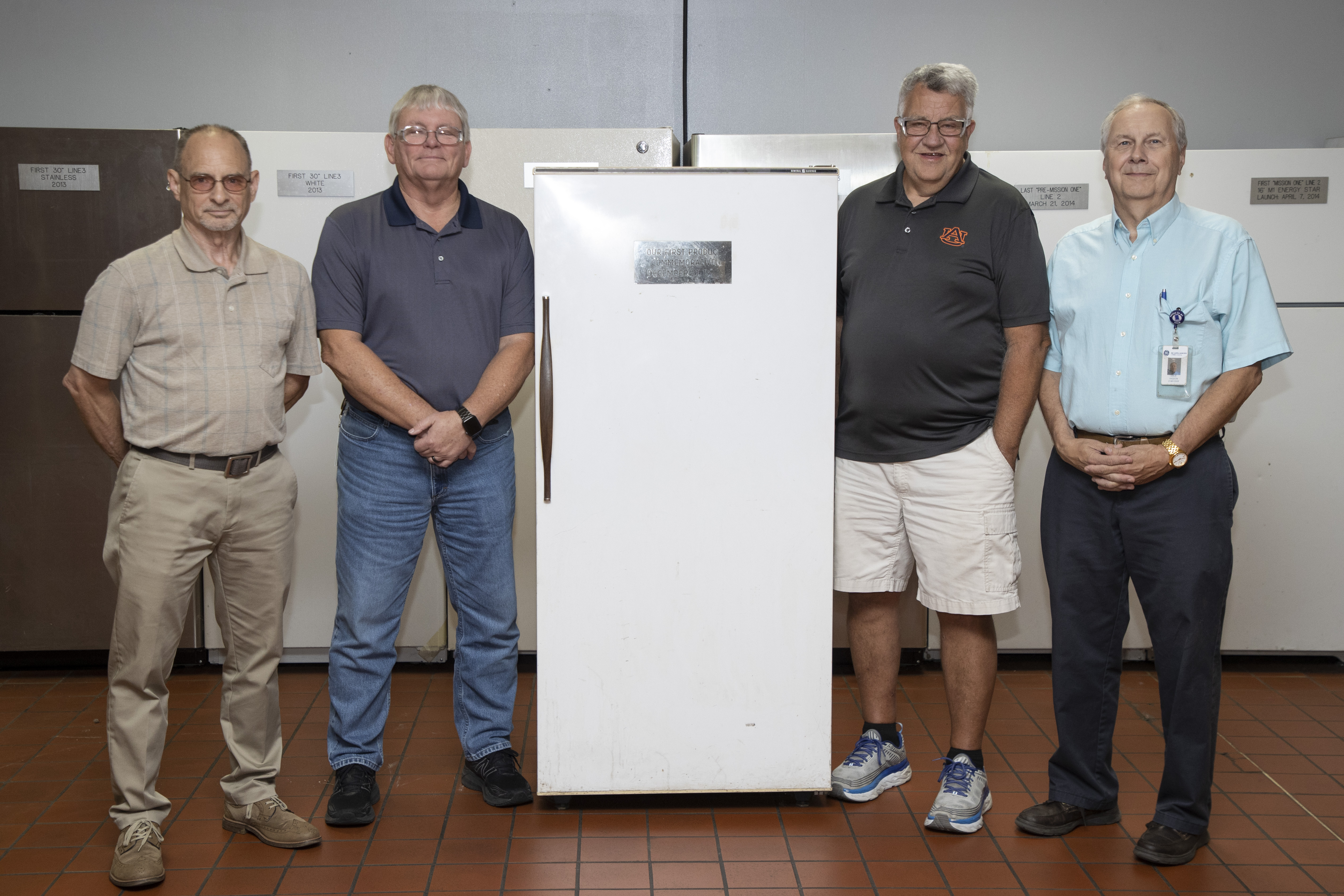 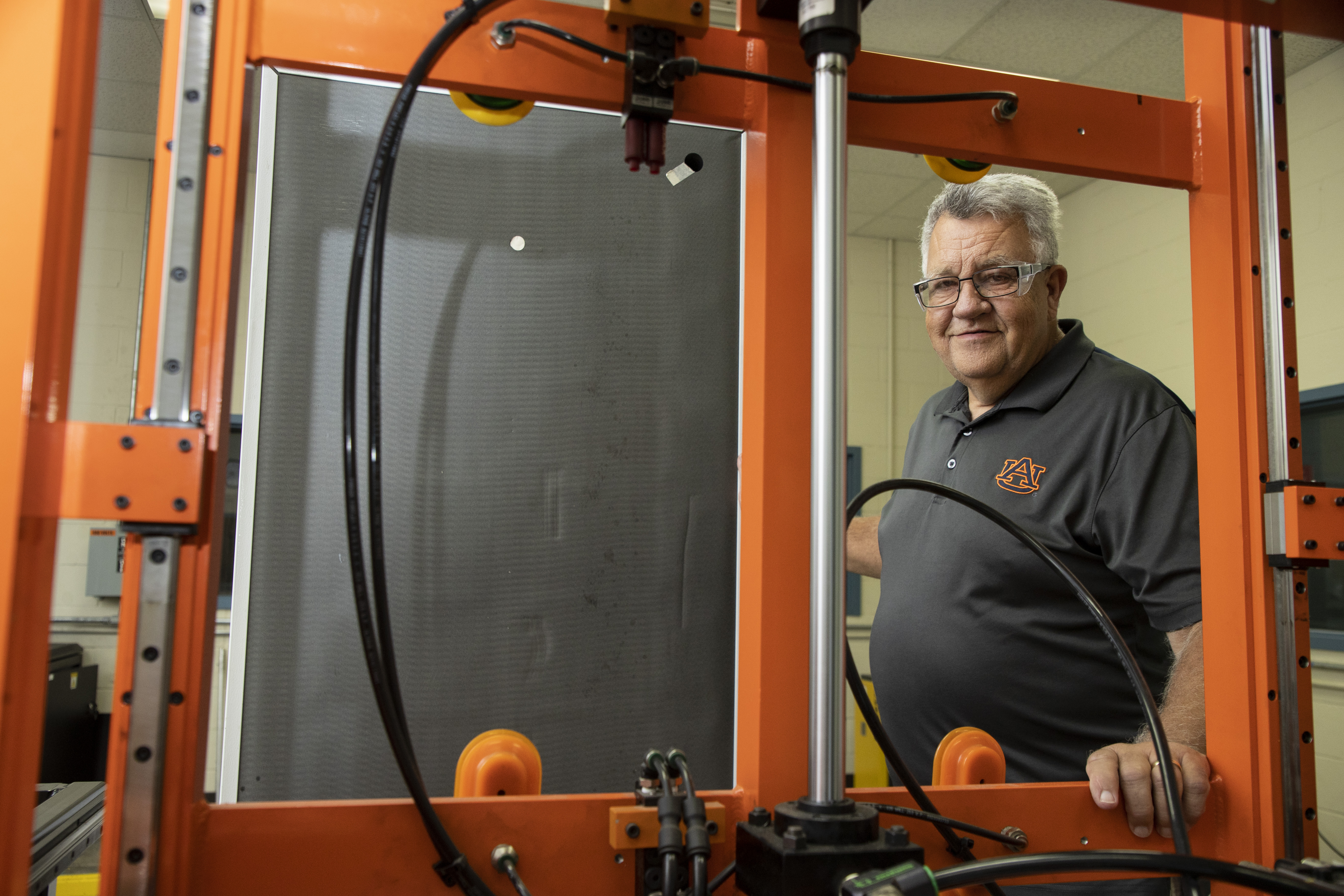 “Of the original 77 production employees hired at the plant, there are four of us left,” said Mike, who is currently in a senior quality analyst role on second shift. Mike also is a programmer for the coordinate measuring machine (CMM) where he measures parts and refrigerators to make sure they are in spec.

After graduating from high school, Mike got his two-year associates degree from a local community college. When a friend asked him if wanted to temp for the summer at the new GE plant in Decatur, he decided to try it with the intention of leaving for Auburn to get his four-year degree. But his plans changed.

“I enjoyed the role so much, I decided to stay and make a career at the plant,” said Mike. “The pay and benefits were good, and we became a family. It’s not a cliché. It’s a good atmosphere.”

According to Mike, the people and teamwork make the difference at Decatur. “It’s like today,” said Mike. “Someone put out a call asking for people to come to the end of line to give a second opinion on an issue with a part. Next thing you know there are six or seven people all here to help. That’s what I love about Decatur.”

Dale Higdon, senior manager of supplier quality and another of the originals, is proud of the foundation and culture those hired at the beginning have created at the plant. “From the start we created a culture that was like a family with high expectations and a strong work ethic,” said Dale. 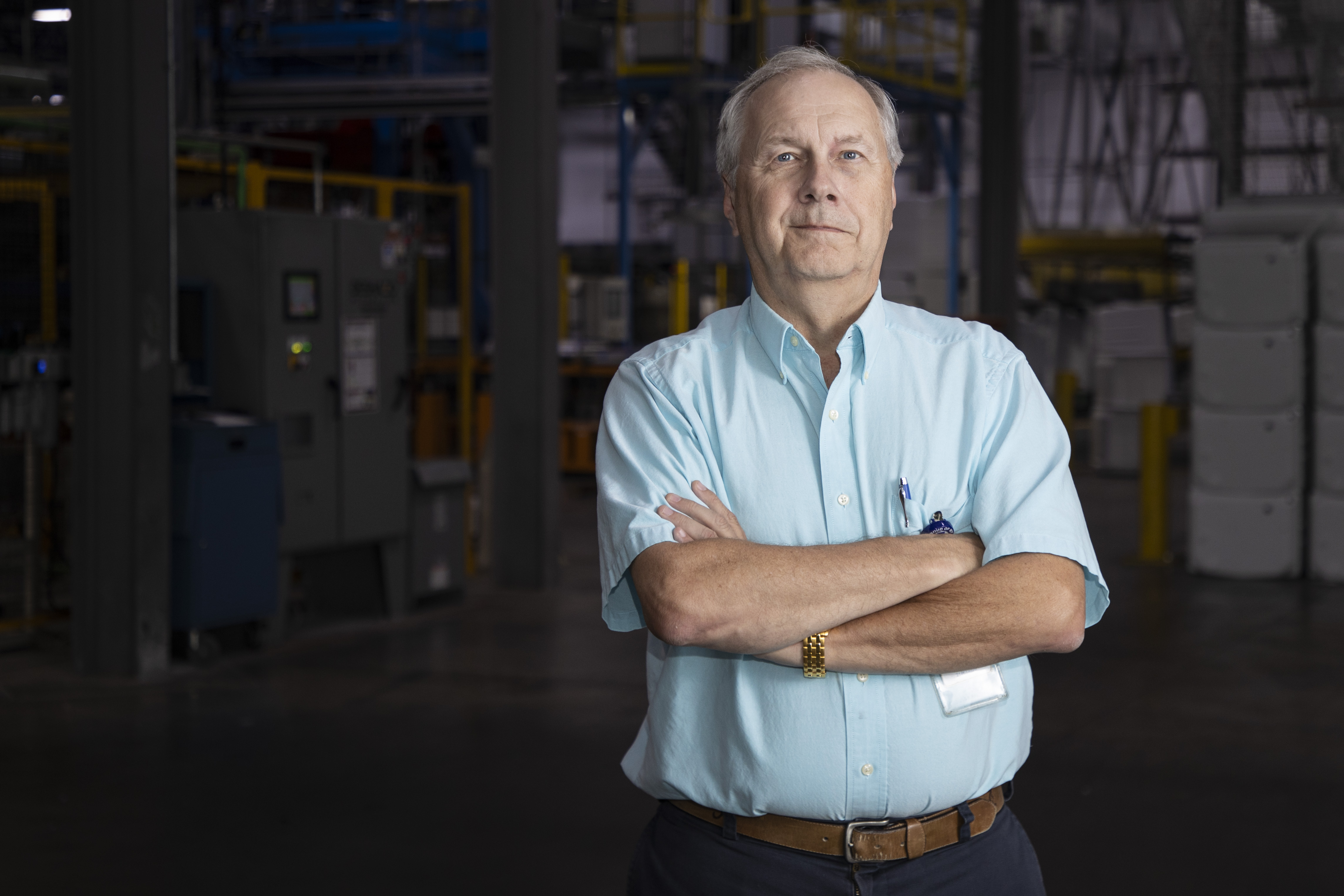 Dale can remember his first day on the job. “I grew up on my family’s farm. On my first day I was trained to run a press. I remember telling the lady I worked with that I’d never been paid so much to do this little work in my life!”

Dale’s granddad had some good advice for him as he was starting his career at GE Appliances. “He told me this was the chance of a lifetime,” said Dale. “He said take care of them, and they’ll take care of you. That’s always stuck with me.”

While Dale has had numerous positions at the plant, he likes the contribution he makes in his current supplier quality role. “I am responsible for the quality of every component we buy to make our refrigerators.” That’s super important as Decatur’s fridges are number one in quality and dependability according to a third-party survey. “We try to be good stewards of our business and for the community,” said Dale. “We buy from many local suppliers, which helps keep many other people employed in the community.”

In addition to Dale and Mike, Jimmy Dobbs, Quality Analyst in the CAT Lab, and Stewart Roby, Value Stream Leader for Line 2, round out the four originals at the Decatur plant. Congrats gentlemen!