When Charles Malone started his freshman year at Doss High School, he hated school and had no idea what the future held for him, career-wise. He just knew he despised sitting still at a desk all day and loved working with his hands.

On Wednesday, September 15, U.S. Labor Secretary Marty Walsh visited Louisville, and Charles was seated at a table with city leaders and featured as a success story due to a partnership between Doss High School and GE Appliances that's gaining national attention.

"I've got to be honest with you, this is one of the best visits I've had as the Secretary of Labor," said Secretary Walsh.

The first stop on the tour of Doss was the manufacturing lab donated two years ago by GE Appliances. It's an exact replica of the one at Appliance Park and students can see math and engineering concepts come to life on the line.

"The opportunity in this room itself is opening major doors to manufacturing for our young people," said Secretary Walsh.

In the lab, Secretary Walsh had a chance to talk one-on-one with Charles about his freshman year. A couple of weeks into the semester, Charles learned about the Academies of Louisville initiative and the manufacturing pathway available at Doss. 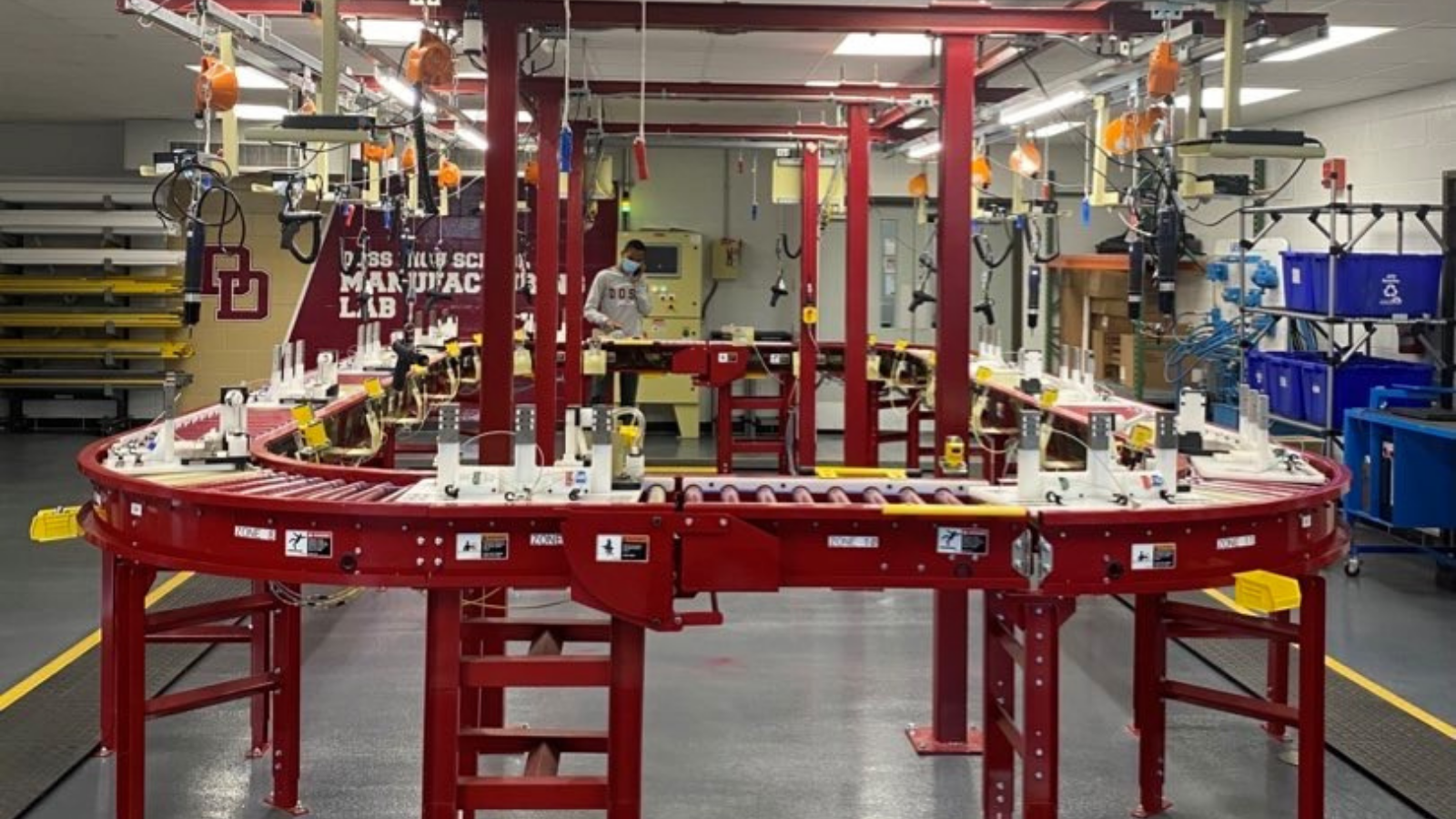 GE Appliances and Jefferson County Public Schools created the pathway six years ago when GEA signed on as the signature business partner for the initiative. Charles felt like the program was a perfect fit for him, and he could picture working one day at GE Appliances.

Charles saw that future come to life sooner than he ever expected when he learned about the GEA2Day program, where during his senior year he was able to work two days a week at GE Appliances, get paid, and get college tuition credit.

Now that's he has graduated from Doss, Charles is part of the KY Fame program. He's working full-time at GEA, getting paid to attend college courses, his college is paid for by GE Appliances, and he's earning his maintenance certification from Jefferson Community Technical College. 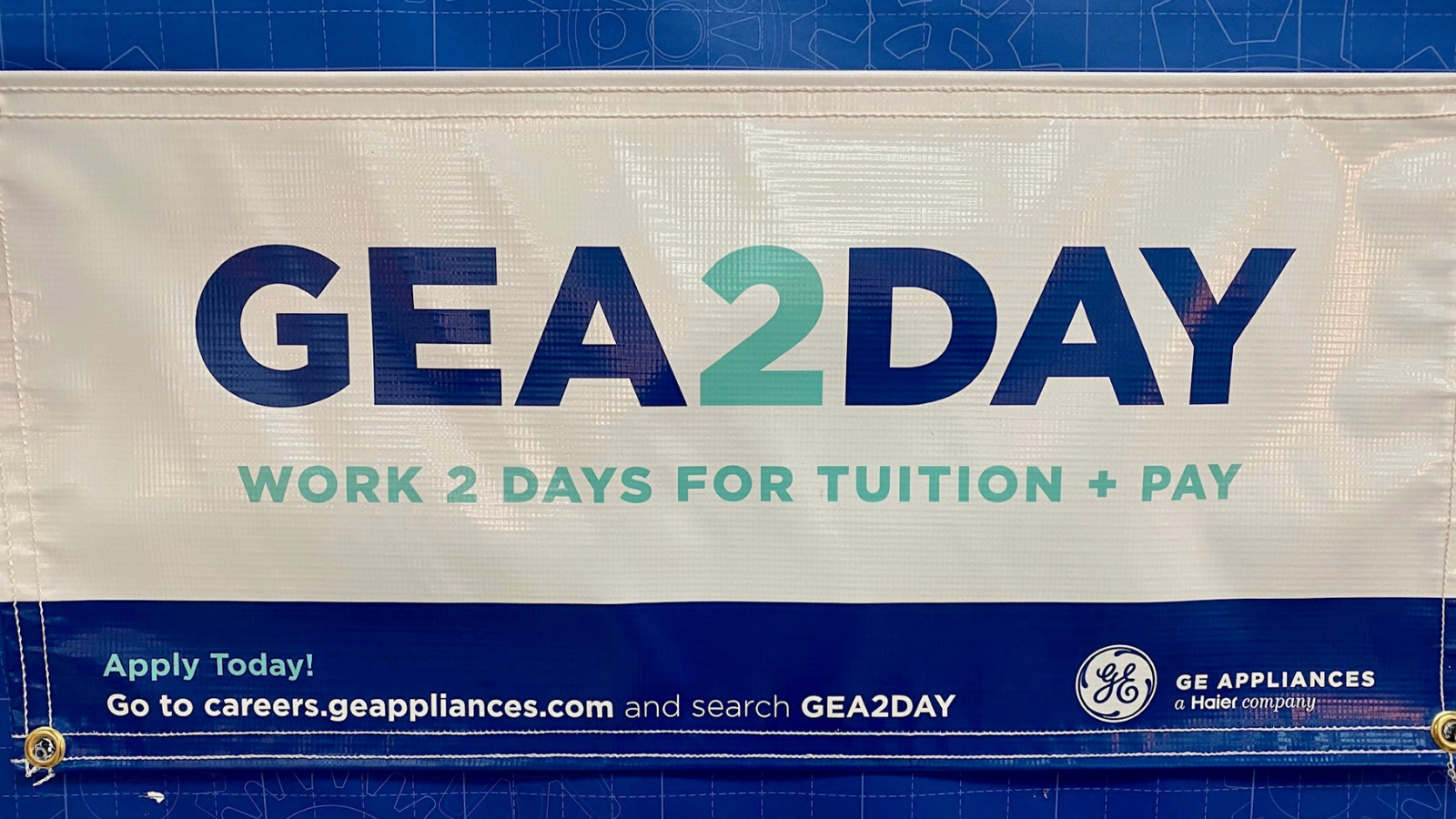 Almost 90 percent of the students at Doss qualify for free or reduced lunch, and since starting the Academies of Louisville, it has gone from being one of the lowest-performing high schools in the state to tripling its college and career-readiness score. Dozens of Doss graduates have come to work at GE Appliances and many are pursuing their college degrees.

After the tour, the group participated in a roundtable discussion with students and workforce development leaders to discuss how Louisville can be a national model in growing the workforce of the future.

"In the last five years, GE Appliances has invested $1 billion to grow our US business and added more than 2,000 American jobs," said Kevin Nolan, president and CEO of GE Appliances. "Programs like the one at Doss are life-changing for students, and they help get students interested in STEM, which is essential for jobs of the future."

Long after the guests left Doss, Charles stayed behind and caught up with his former teacher Greg Ash and shared about all of his former Doss classmates who he now saw working every day at Appliance Park. Some are operating forklifts, others driving tugs, and several working on the assembly lines.

"I just wish all students had opportunities like this," said Charles.