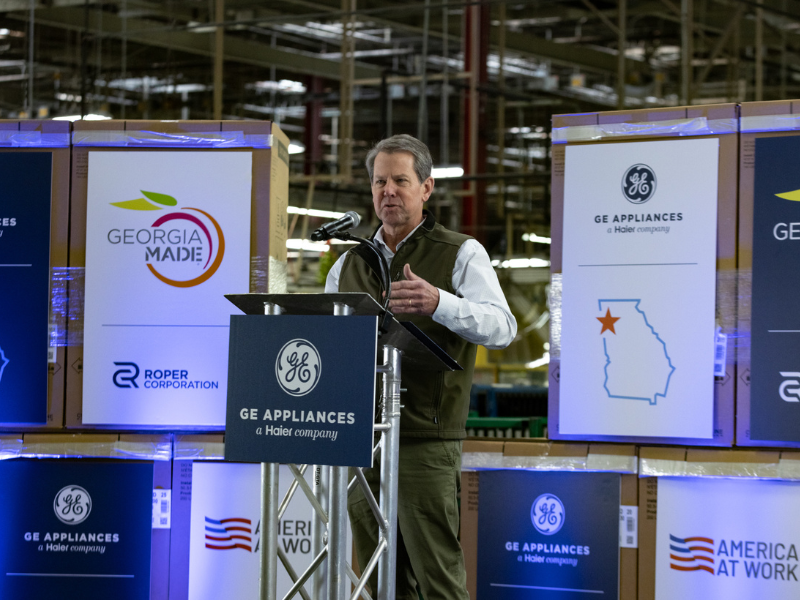 Gov. Kemp visited the Roper Corporation plant on Friday, January 7, where he gave remarks on the company’s past, present and future commitment to bringing jobs and economic growth to the state of Georgia.

“This is so important … manufacturing in the United States of America and more importantly in the great state of Georgia and in Walker County,” Governor Kemp said. “And I want to thank all the hard-working Georgians who work in this plant every day and the people of this community who support things like this. It matters.”

During Friday’s visit, Gov. Kemp toured Roper to see firsthand the expansion plans for state-of-the-art advanced manufacturing processes and to meet some of the 2,000 current employees dedicated to making the plant a great place to work. 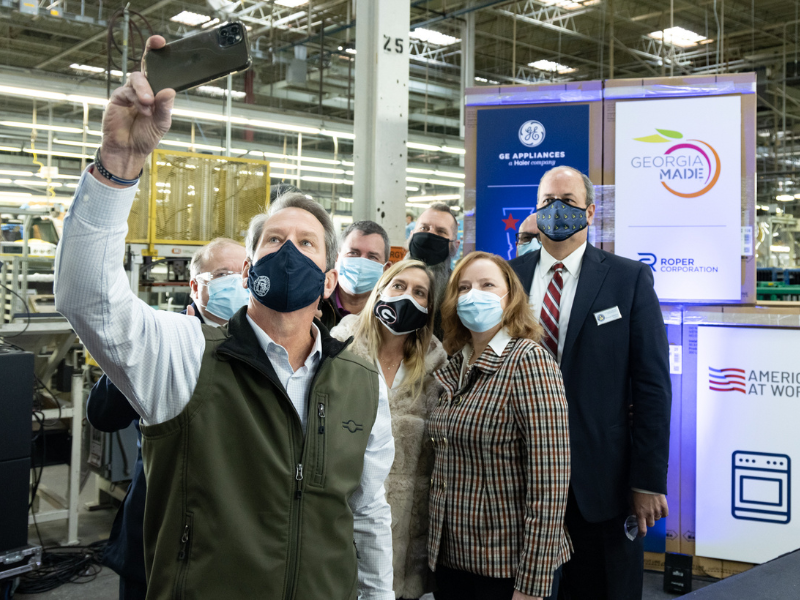 GE Appliances’ employment and investment in Georgia has had a major economic impact on the state with more than $2.4 billion contributed to Georgia’s gross domestic product, driven in part by the company’s more than $77 million in purchases from 256 Georgia suppliers.

The recent Roper investment is one of many examples of the company’s local commitment over the past three years including:

With four locations in the state, GE Appliances and affiliates employ more than 2,400 people in Georgia with an additional estimated 4,650 jobs created by the economic impact of GEA, its employees and suppliers.

By the end of 2024, GE Appliances will have hired more than 1,000 new employees in Georgia.

“Investing in U.S. manufacturing allows us to be closer to our consumers and serve them better and faster, which is critical to GE Appliances’ business strategy,” said Bill Good, vice president of manufacturing for GE Appliances. “Our partnership with Georgia is strong and getting stronger as we continue to build innovative, industry-first cooking products at Roper.”

Hiring to support the Roper expansion has begun. In addition to the hundreds of new jobs, the investment will add cutting-edge advanced manufacturing technology, from automation to autonomous vehicles, that will improve material flow and increase assembly line efficiency. 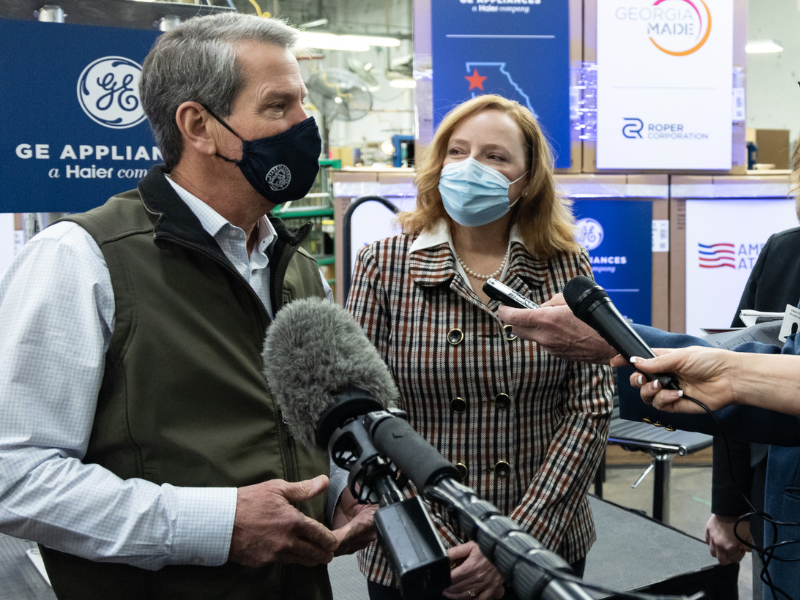 “Roper will have the best digital manufacturing processes and technology available for our employees to manufacture the cooking products our consumers love,” said Lois Crandell, president and plant manager of Roper Corporation. “The investments made in 2019 and those announced today together will increase our plant capacity by 50%.”