GE Appliances (GEA), a Haier company, announced plans to invest $450 million at its Appliance Park headquarters and manufacturing operation and add more than 1,000 new jobs by year-end 2023. This is one of the largest investment announcements in the company’s 100-year history.

The plans include continuing to upgrade facilities, increase capacity and launch new products. GEA made the announcement as part of its Manufacturing Month celebration. 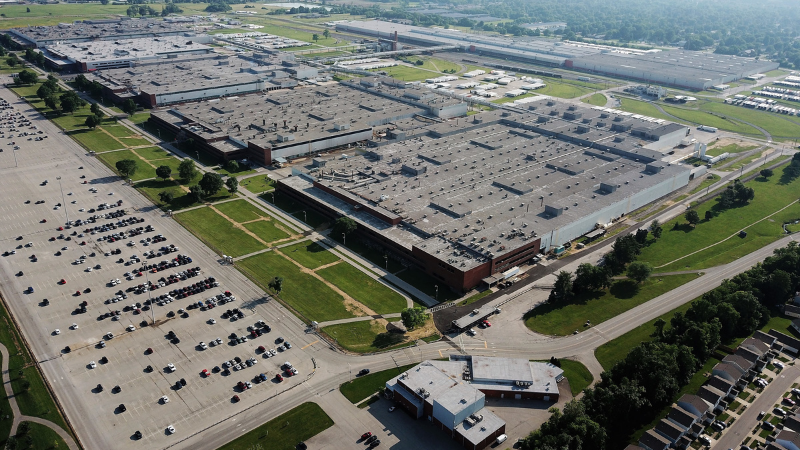 Over the last five years, GE Appliances has invested more than $1.3 billion in its U.S. manufacturing and distribution operations and created more than 3,000 new jobs – with a majority in Kentucky.

A 2020 economic impact analysis released by the company in January 2021 reported that GEA’s investments, supplier base, customers and payroll contributed $11 billion to Kentucky’s GDP that year.

“GE Appliances continues to bring manufacturing back to the United States - creating jobs and economic growth,” said Kevin Nolan, president and chief executive officer for GE Appliances. “We want zero distance between us and the millions of families across America we serve with our products.”

KEDFA offers an array of financial assistance and tax-credit programs to further the Commonwealth's goals of achieving long-term economic growth and employment opportunities for Kentuckians.

“I want to thank Governor Beshear and the entire economic development team for their understanding of the importance of growing and sustaining existing businesses in the Commonwealth,” said Nolan.

“As GE Appliances grows, Kentucky and our residents stand to benefit. This substantial investment will better position the company for the years ahead and will create quality job opportunities for Kentuckians,” Gov. Beshear said. “I want to congratulate the Louisville community on this future investment and thank the leaders at Haier and GE Appliances for their commitment to the Commonwealth.”

“GE Appliances is a company that you can count on day in and day out. From today’s exciting announcement to its ‘Blue Wave’ of community service, GEA is a national model for its commitment to invest in U.S. advanced manufacturing, for its cutting-edge products and for its impact to the wellbeing of our community,” said Louisville Mayor Greg Fischer. “Thank you to GEA for helping Louisville to be a leader in advanced manufacturing and to Kevin Nolan for his superb leadership!”

The decision by KEDFA was taken pursuant to the Kentucky Jobs Retention Act (KJRA), which provides incentives from the Commonwealth and the City of Louisville to support economic development plans conditioned on employer commitments to maintain employment at an agreed-on level.

KEDFA first approved incentives for GEA in 2014 as part of an agreement that included the company’s commitment to maintain a workforce of not less than 5,263 employees at Appliance Park.

GEA has exceeded its original commitment and increased employment by about 2,000 people. The October 28, 2021, decision would increase the incentive amount to $80 million for the new investment and require maintaining a minimum of 7,100 employees for the next ten years.