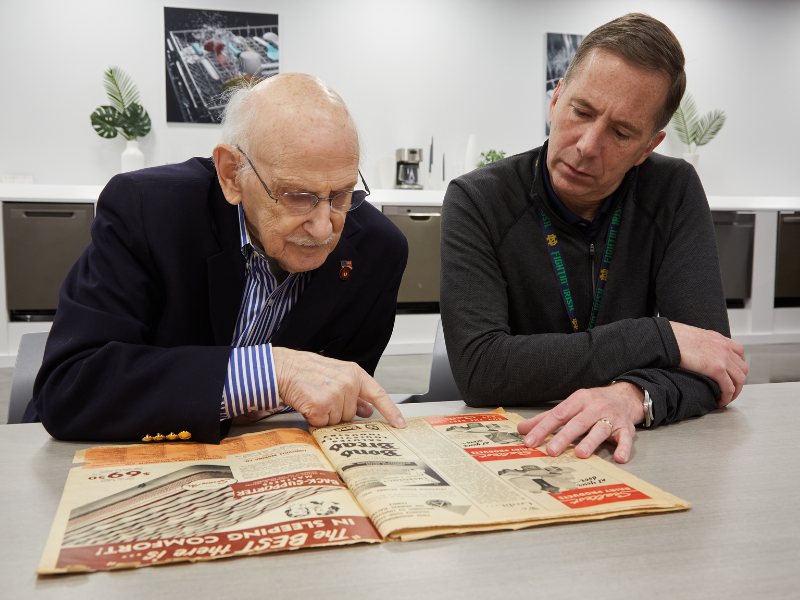 He was invited to meet CEO Kevin Nolan to celebrate an anniversary: 69 years since Appliance Park shipped its first product, a GE clothes dryer, on February 6, 1953.

The Park has been making a lasting impact on American life for seven decades.

“Oh, at the time, the news of Appliance Park being built really set the Chamber of Commerce on fire! It was fantastic,” Bernie said. “Up until then, this was just flat farmland.”

Bernie was hired to work at Appliance Park immediately after graduating from Indiana University with a degree in journalism. Brought in to work in public relations, Bernie wrote and edited the Appliance Park company newsletter called Works News. 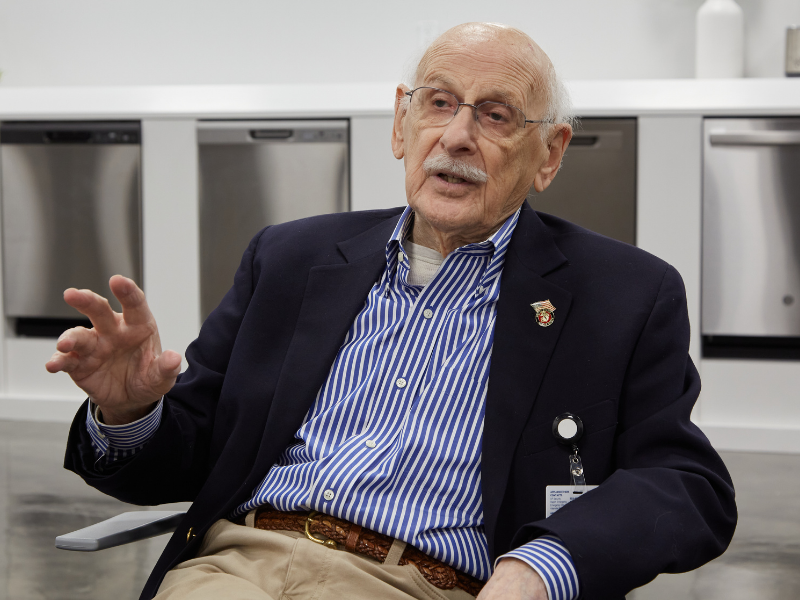 “I was being paid $7.80 an hour at Appliance Park, while most of my fellow journalism grads were only making $68 a week,” he remembered. “Making that amount of money, they thought I’d gone to heaven.”

Two of Appliance Park’s first four hires were women. Bernie is the only one of that original group still living.

One of a kind

Appliance Park was so unique and so impressive, in the early 1950s The New York Times wrote about the construction.

GE originally purchased 700 acres to build the $200 million facility that would consolidate appliance manufacturing operations previously spread across the country. (Today the Park encompasses more than 900 acres.) Around the perimeter of Appliance Park, Bernie remembers that hundreds of local trees and shrubs were planted for an arboretum.

Another large investment in Louisville’s appliance operations came in 1954, when GE installed the country’s first commercially owned supercomputer to run Appliance Park’s payroll and manufacturing applications. Until then, only the government used them.

The 30-ton Univac system was so large that technicians had to walk inside the computer to work on it. 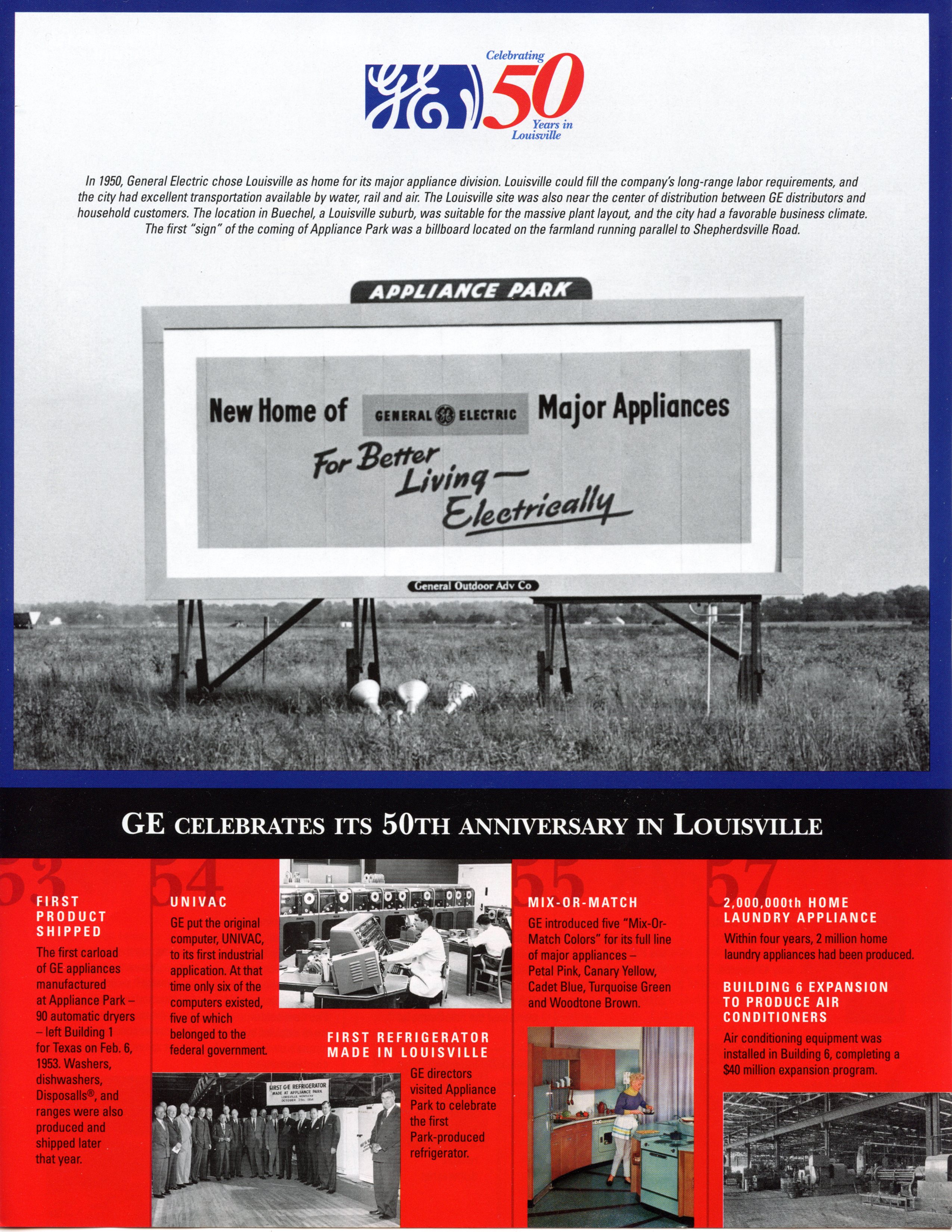 Bernie is still proud of the work he did at Appliance Park, and he fondly remembers another assignment – chauffeuring General Electric’s president on his visits here.

“When Ralph Cordiner came to Louisville, I was his driver,” he said. “There I was, just a kid in a big Packard, driving GE’s corporate president all around Louisville and Appliance Park.”

In 1954, Bernie left his job at Appliance Park. He followed his love of journalism to Louisville’s Courier-Journal newspaper and eventually to WHAS-TV, from where he’d retire. 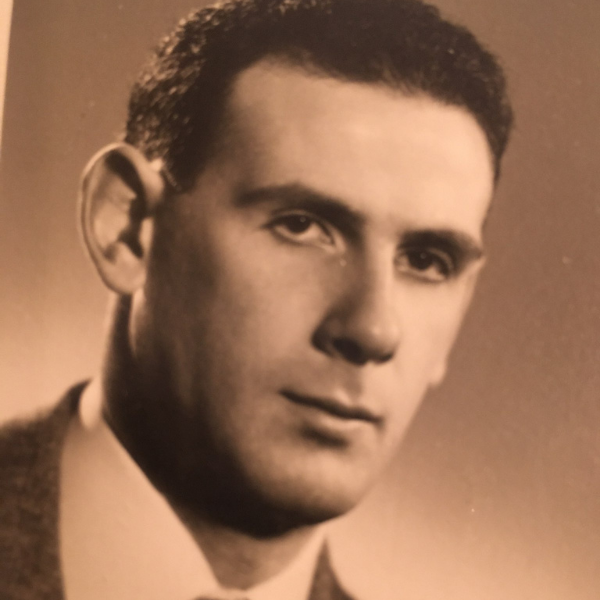 A U.S. Marine during World War II and later a marketing professional, Bernie has remained active in the community by volunteering and leading local media organizations and numerous nonprofits.

In 1982, he chaired the Kentucky Derby Festival. During that year’s Pegasus Parade, Bernie rode in a car with his father, who was then 96 years old. (Bernie has good genes.) Bernie ran his first KDF minimarathon at age 79.

Five years ago, Bernie flirted with the idea of going back to college to study law but decided he had enough to keep him busy. When asked for advice, Bernie says, “Always be positive, always be curious, always be humble.” 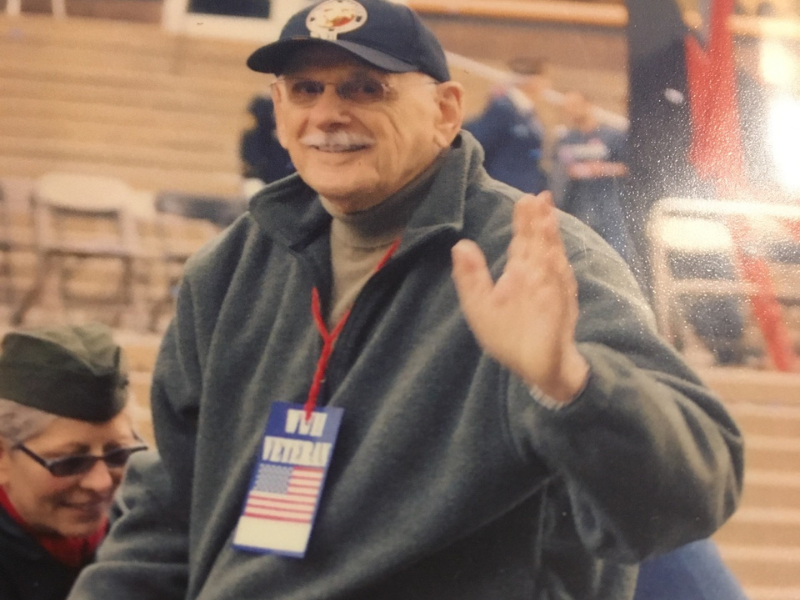 Bernie – like Appliance Park –has a lot to look forward to and a lot to celebrate.

He sums it up with, “All in all, it’s been a fabulous trip.”