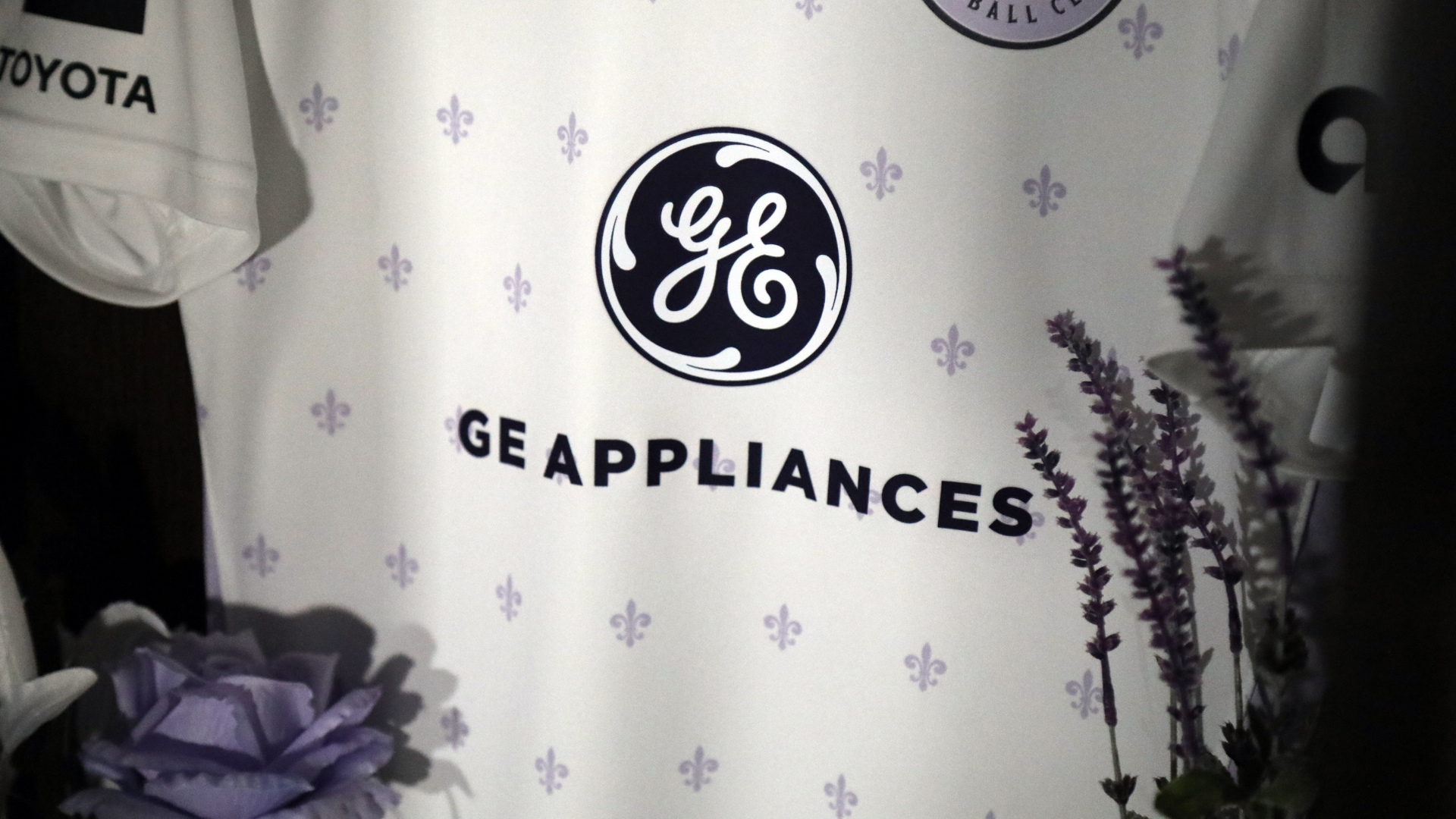 At last, it’s time to unveil the kits.

Two days before its National Women’s Soccer League debut, Racing Louisville FC on Thursday showed off bold home and timeless away tops to be worn starting with Saturday’s 7 p.m. game against the Orlando Pride at Lynn Family Stadium.

Crafted by Matthew Wolff, the distinguished soccer designer behind the Racing Louisville crest and colors, both kits feature a play on the fleur de lis, a symbol firmly embedded in this city’s history and culture.

Fleur de lis, which translates to “lily flower,” appear in bloom on Racing’s midnight violet home kit. It’s speckled with butterflies and bees, an ode to Louisville native Muhammad Ali — known as “The Greatest” not just for his feats in the boxing ring but also for the social change he fostered. The white away kit, meanwhile, patterns a more traditional fleur de lis symbol in Racing’s primary color, lavender.

Due to supply chain issues, the kits — which can be customized to include a player’s name and number — have opened for retail on pre-order at shop.RacingLouFC.com. They are expected to ship later this spring.

A line of kit-inspired merchandise items is available now online and at the club’s Team Store inside Lynn Family Stadium. The Team Store is open 10 a.m.-6 p.m. Monday through Saturday with special later hours on game days.

“We are thrilled to be revealing the inaugural Racing Louisville FC kits to the world,” said club president Brad Estes. “Collaborating with Matthew was an awesome experience from beginning to end. From the home top with beautiful lilies and a nod to Ali, to the clean and classic away shirt, these are true works of art.” 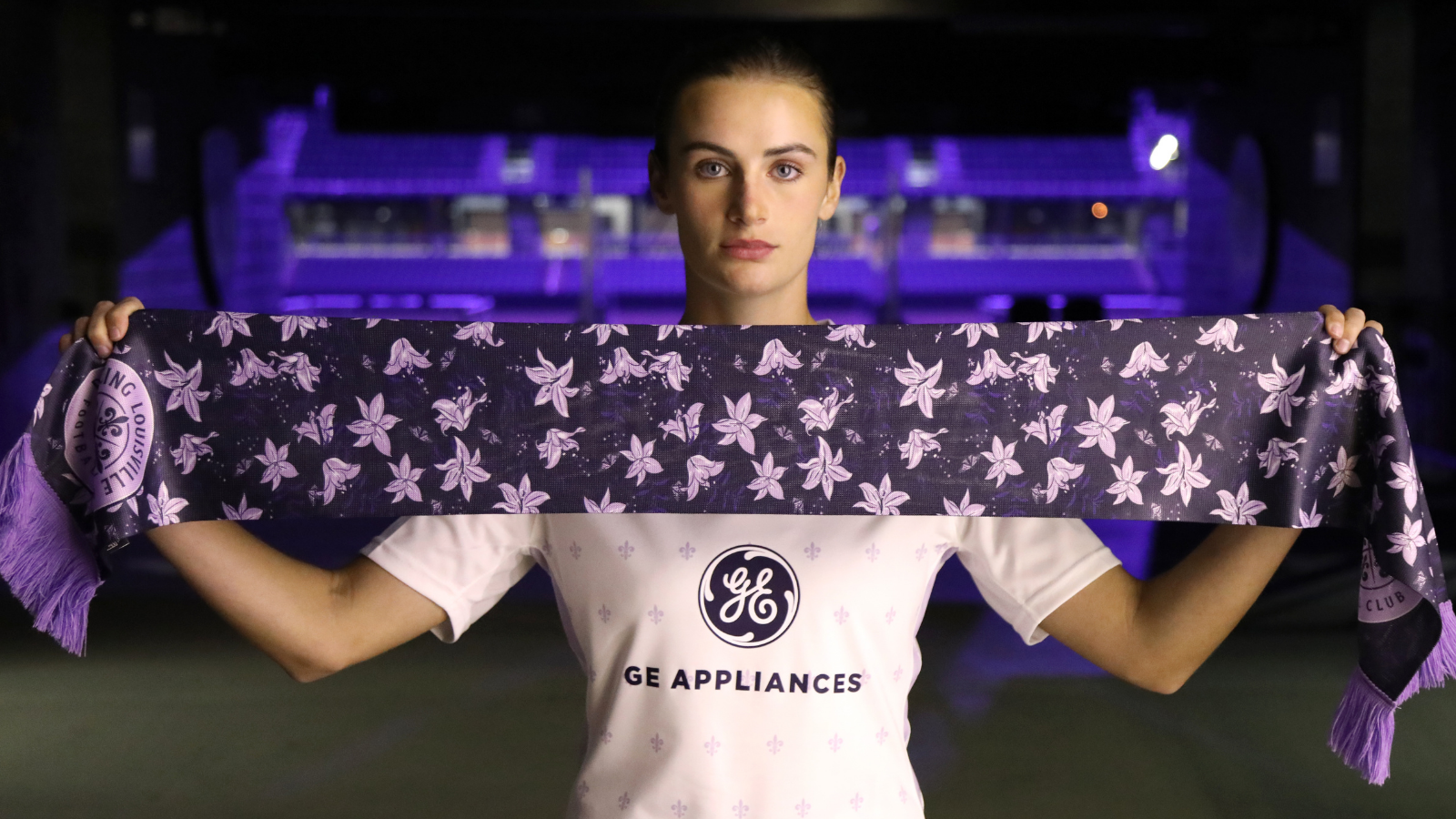 Racing Louisville’s inaugural kits, which will be worn for at least two seasons, carry primary sponsorship from Louisville-based GE Appliances, also the front jersey partner for the USL Championship side Louisville City FC and the local pro clubs’ youth academies. An iconic brand that’s in half of American homes, GE Appliances will donate to a fund toward academy scholarships for each kit purchased in 2021.

PNC Bank and Prüvit supplements appear on the back of Racing’s jerseys with Kentuckiana Toyota Dealers on the sleeve.

“We are so proud to be a partner of Louisville City FC as well as the new women’s team, Racing Louisville FC. We can’t wait to cheer on the athletes of both teams this season in their new kits,” said Mary Putman, GE Appliances’ vice president of marketing and brand. “We are passionate about supporting our local Louisville community at all levels, and that includes our commitment to youth academy scholarships. For each 2021 LouCity and Racing kit purchased in 2021, you too are helping to create additional opportunities for underserved youth.”

Tickets are in short supply but remain on sale for Racing Louisville’s historic first home games, which will be played as part of the NWSL’s Challenge Cup tournament. Following the Orlando showdown, Racing also hosts the North Carolina Courage at 7 p.m. April 26. Visit RacingLouFC.com/Challenge-Cup for more information.

Racing’s away Challenge Cup games fall on April 15 (at Washington Spirit) and May 2 (at Gotham FC, formerly known as Sky Blue FC). After group play, the top team from Racing’s East Division meets the West Division winner in a May 8 final, with the West consisting of the Chicago Red Stars, Houston Dash, Kansas City, OL Reign and Portland Thorns FC.

The NWSL’s regular season will kick off in mid-May with the schedule to be announced later.