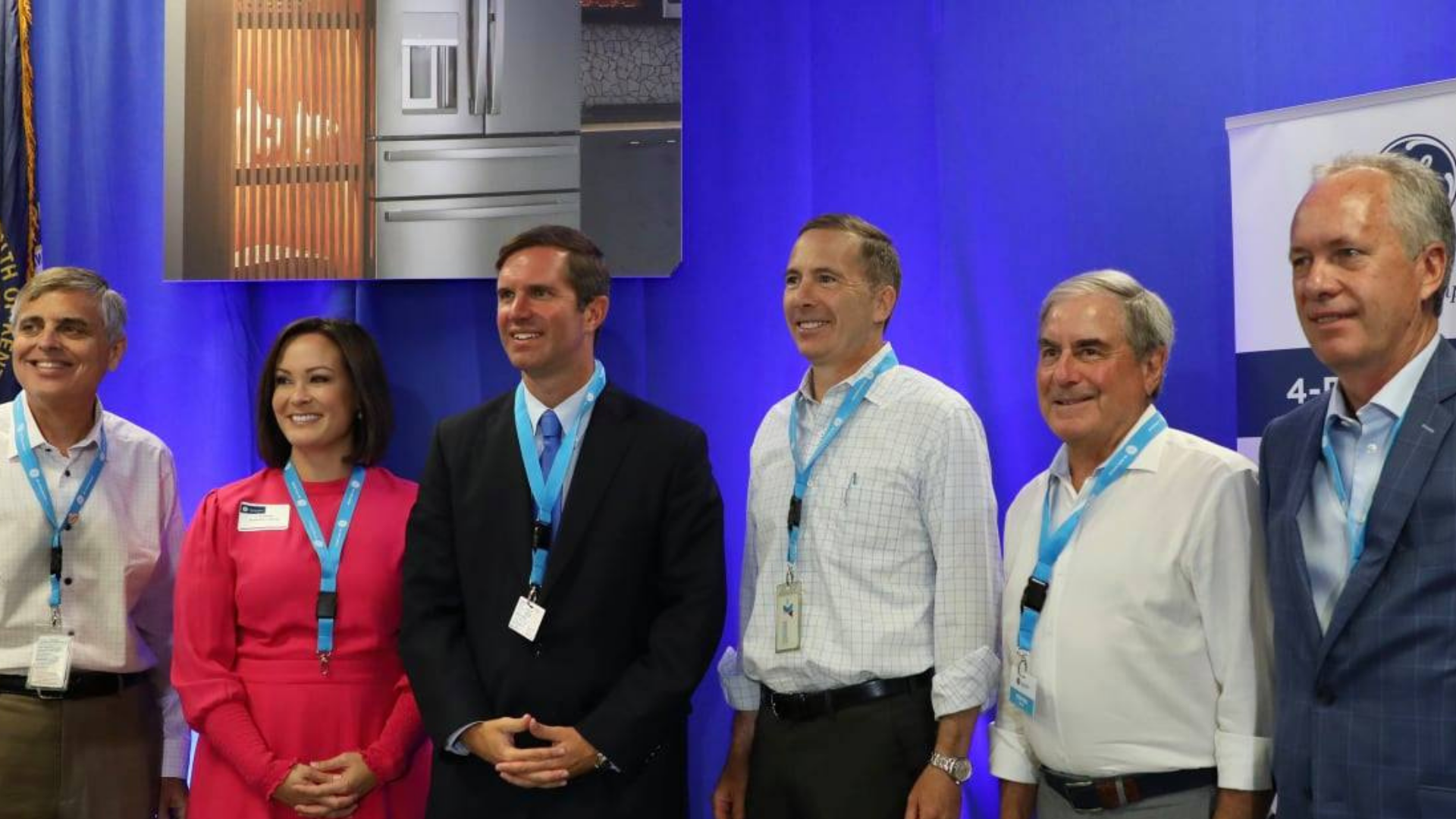 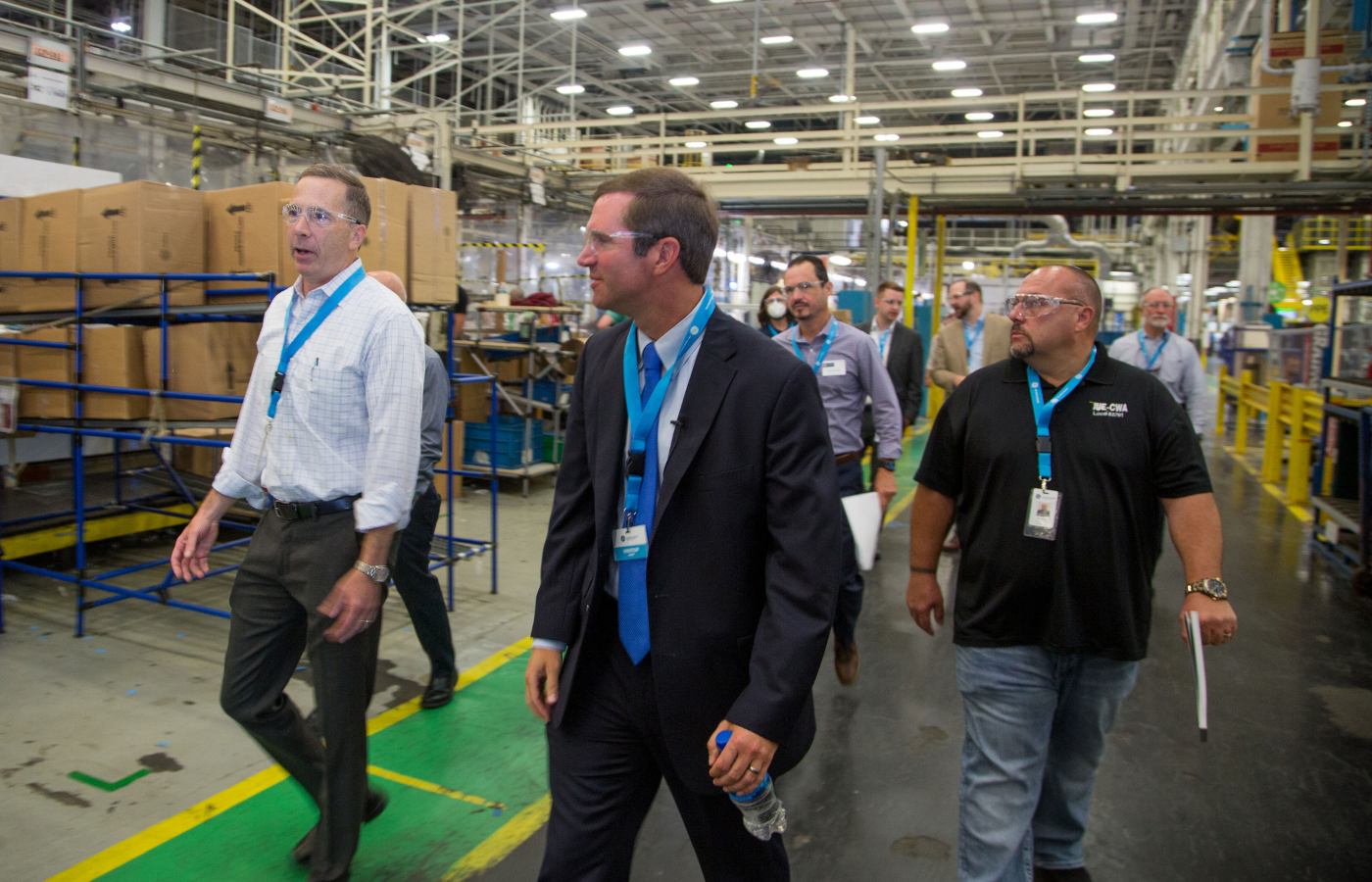 More than 245 new manufacturing jobs have been added to support the new production line.

“Since 2016, GE Appliances has invested $1 billion in new products, technology and its U.S. operations, and created more than 2,000 new jobs, with close to 1,000 new jobs in Louisville,” said Kevin Nolan, president and CEO for GE Appliances. “We are committed to growing our manufacturing footprint in the United States to serve customers faster and better. This investment demonstrates our commitment to becoming the leading appliance manufacturer in the U.S. We are thrilled to produce these high-end refrigerators in the United States.”

“GE Appliances has a long history as an innovator and jobs-creator here in Louisville, and with today’s announcement is showing a renewed commitment to our commonwealth, our people and our growing manufacturing industry,” said Kentucky Governor Andy Beshear, who also attended the event. “With more than 245 new jobs for Kentuckians, we are furthering our positive momentum and growth as we continue to build an economy that works for every Kentucky family.” 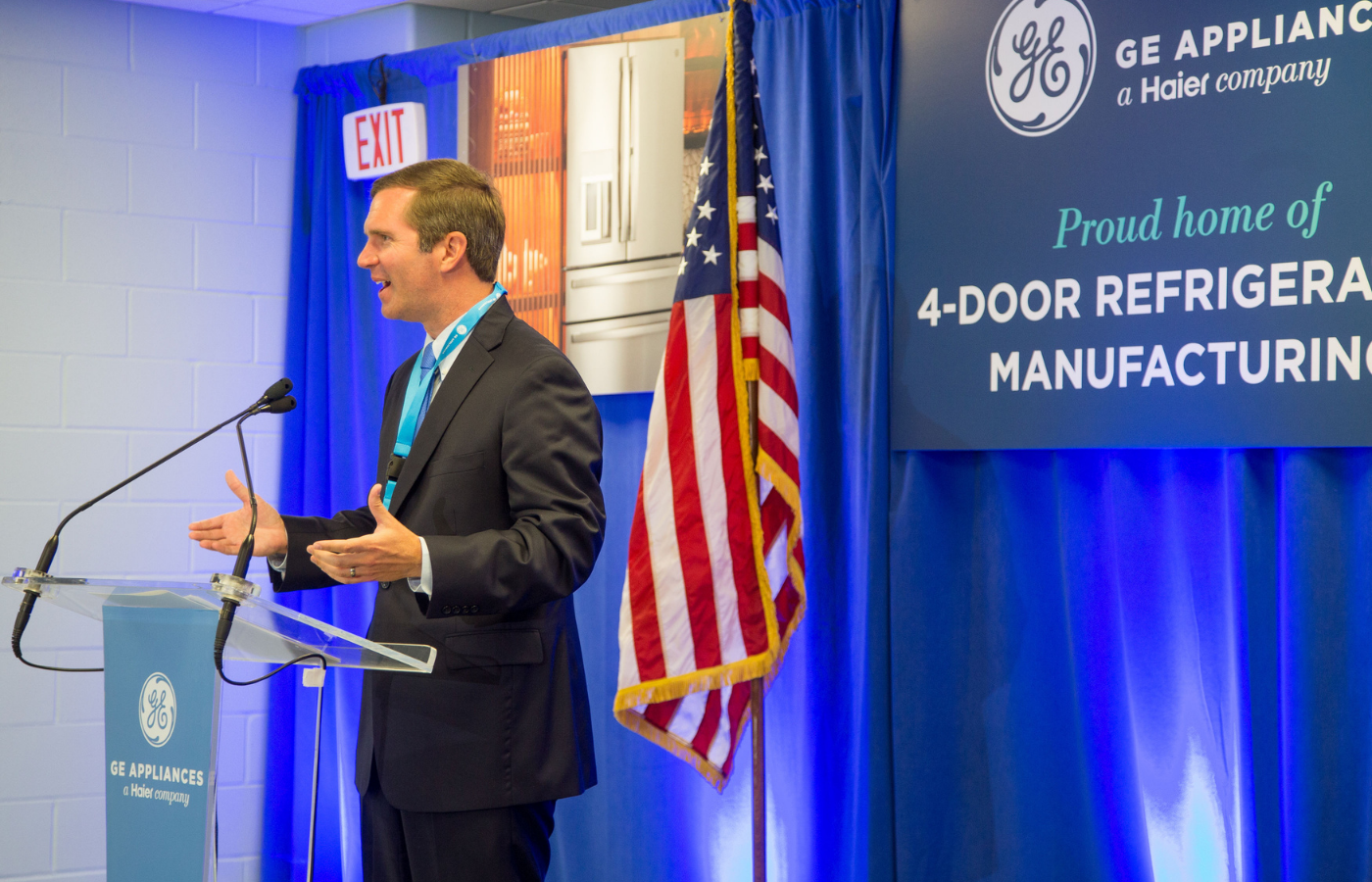 (Gov. Beshear speaks during the event.)

Despite the pandemic, the GEA refrigeration team successfully navigated many challenges as they worked to design and install the new line. 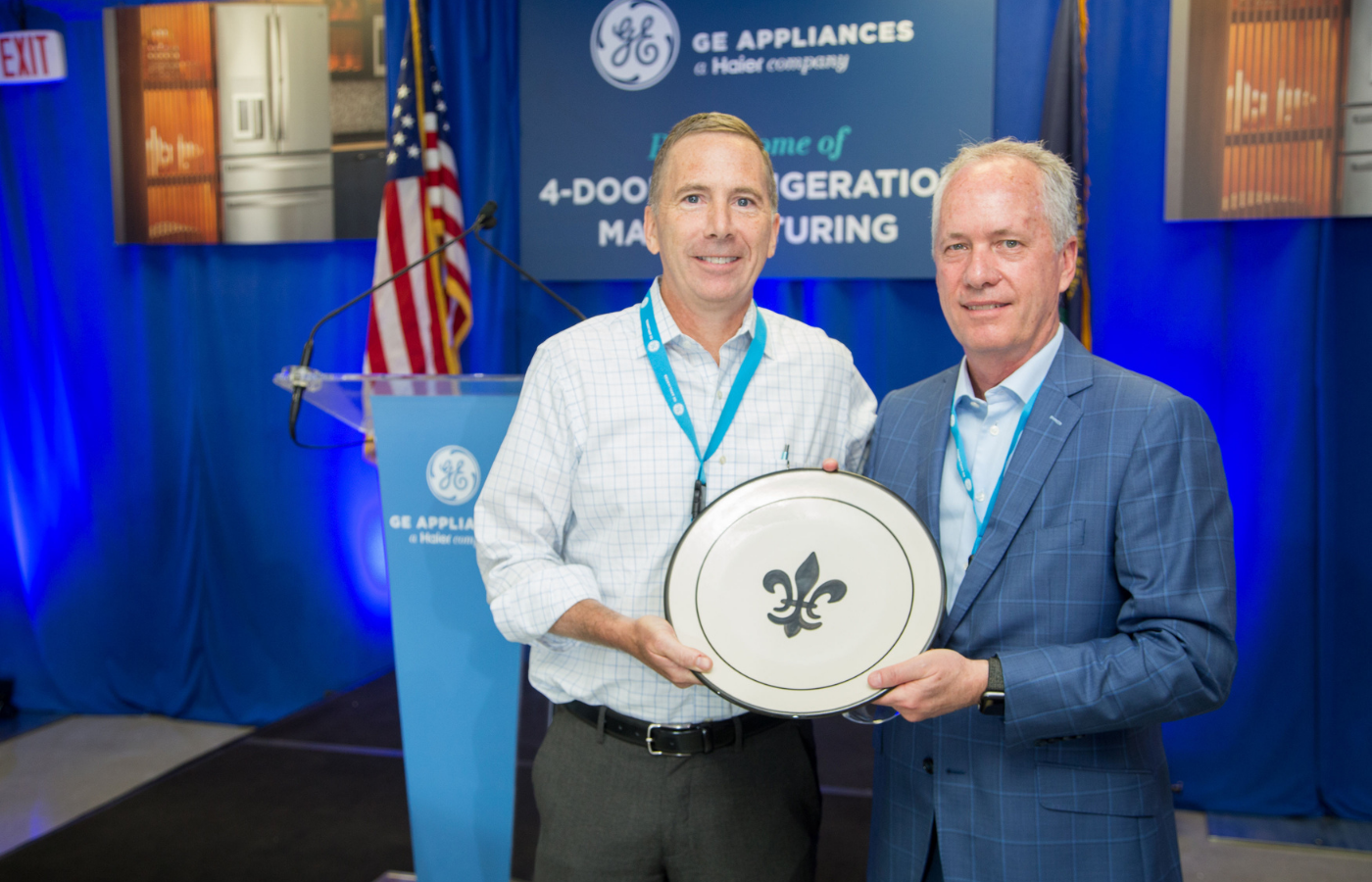 “The completion of this investment shines a light on the dedication of our workforce,” stated Bill Good, vice president of manufacturing for GE Appliances. “The plant expansion was completed during COVID, while suppliers and vendors were unable to travel to the plant and product demand was a record levels. Our teams worked tirelessly to ensure progress without disrupting production.” 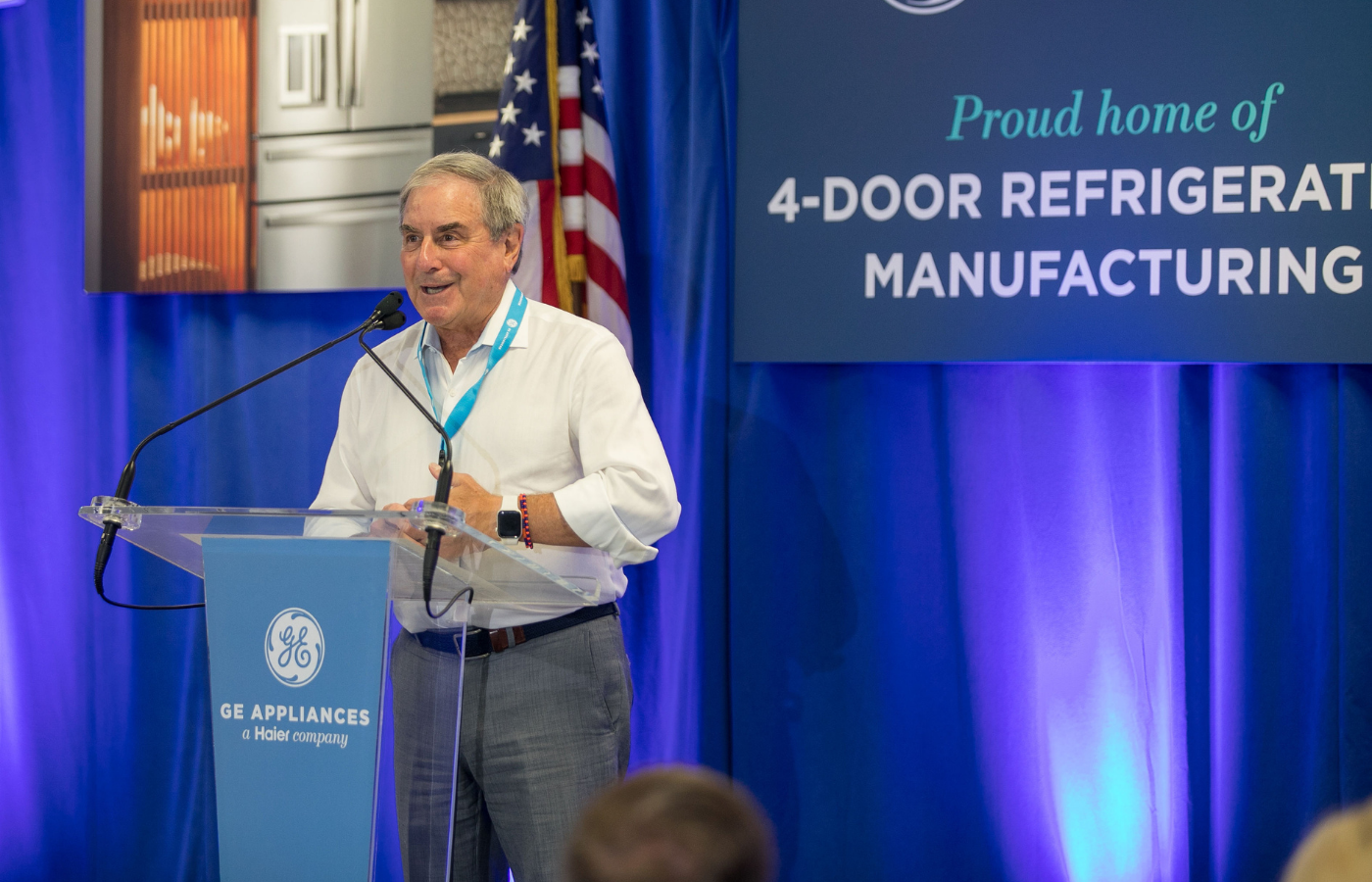 Product innovation
The 4-door refrigerator consists of a traditional fresh food area, a freezer and a convertible section that can be used as either a freezer or refrigerator. The plant will also add new quad-door and counter-depth models to its line-up in the future.

GEA’s operations in Kentucky generate an annual economic impact of $11 billion and have led to 15,000 additional jobs created in the state. To learn more about the open manufacturing positions at Appliance Park, go to www.MakeItAtThePark.com.