Kevin Nolan told the University of Louisville’s Class of 2022 to “always stay curious” during a keynote address he delivered to the new graduates Saturday afternoon. 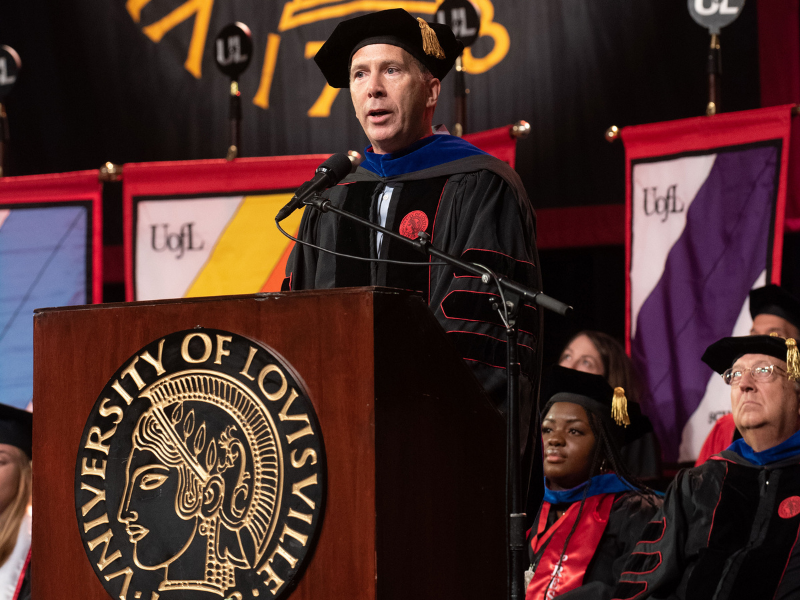 Before speaking, UofL Interim President Lori Gonzalez presented Nolan with an honorary doctoral Degree of Science, recognizing his longstanding commitment to education and the university.

In his speech, Nolan touched on personal stories of overcoming barriers and becoming an engineer. He also encouraged graduates to leverage their individual differences to create opportunities.

“Wherever you go and whatever you decide to do, don’t try to fit in by becoming something – or someone – else,” he said. “Be who you are and who you want to be and not what someone else wants. We need all of you, with all that you have to offer. After all, creativity thrives on diversity of ideas.”

As GE Appliances president & CEO, Nolan has made local education investments a priority – from supporting workforce development programs in public schools to strengthening partnerships with UofL.

In 2020, UofL honored GE Appliances as its “Outstanding Corporate Partner of the Year.”

Watch his address in the video player below.